The Parthenon is the most famous architectural monument bequeathed to us by antiquity. A temple built by the ancient Greeks to the goddess Athena on the site of the Athens acropolis, it has had a highly complex history. On numerous occasions, it suffered from the reprisals of cruel tyrants, reconstruction attempts, military assaults, plundering, fires, gunfire, and even a one-time transformation into a Christian church and then a mosque. Unfortunately, at present it’s in a state of partial ruin. 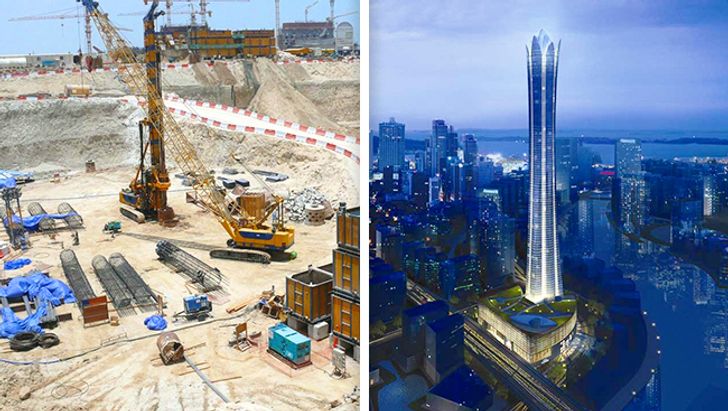 The Burj Al Alam is the name given to another project for a super tall skyscraper – one which was 510 meters tall and had the appearance of a crystal flower. It was due to be completed in 2009, but due to the global financial crisis work on it was first suspended and then abandoned in 2013.