Have you ever wondered what the ideas were behind grandiose monuments of the past? We  decided to find out how some of the world’s most famous and iconic buildings were meant to look had they ever actually been built or not fallen into ruin.

The Pyramids of Giza, Egypt 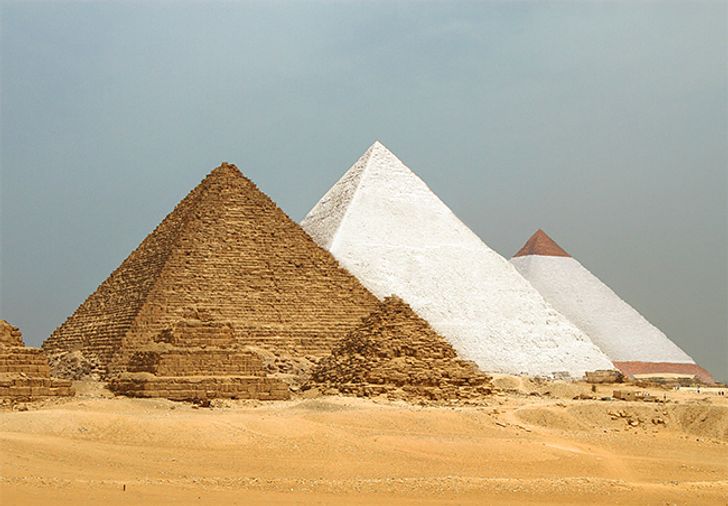 Originally, the pyramids of Egypt were covered with a shining reflective layer made from polished white limestone. This would have made them a truly dazzling sight and thus an appropriate symbol of the grandeur of the pharaohs (or, as some experts claim, large solar batteries). They would have been visible from the mountains of Israel or even from space. Unfortunately, this outer layer of stones was destroyed by a powerful earthquake which occurred in 1301. It may possibly have also been used to restore buildings in Cairo after the city was destroyed by the Arabs in the 12th century in an attempt to avoid it falling into the hands of the Crusaders. 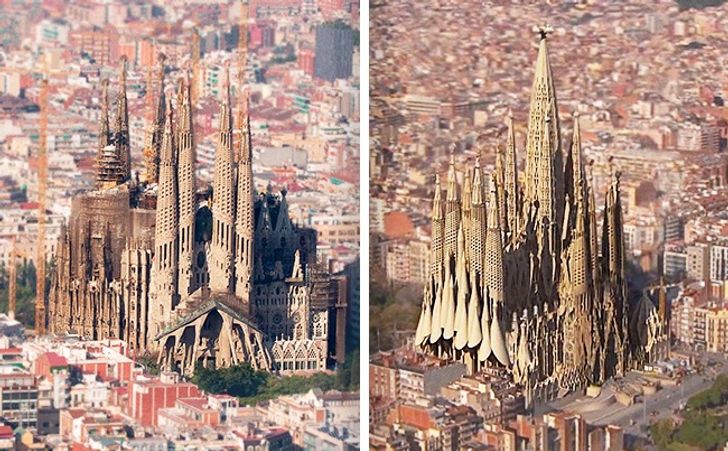 The construction of this famous church began way back in 1882. According to calculations made by its creator, Antoni Gaudí, the construction would take 3-4 centuries using the technology available at the end of the 19th century. In accordance with a decision of those managing the project, it would be financed exclusively through donations made by ordinary parishioners – another reason why it’s taken so long to finish. Thankfully, using today’s technology, construction is set to be complete by 2026 – almost exactly 100 years after the ingenious architect’s death.